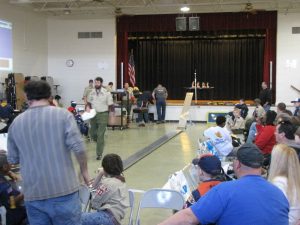 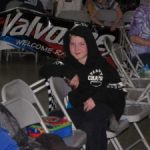 Today was Mickade’s cub scout pack’s annual Pinewood Derby.  He and Stephen have spent weeks and weeks preparing for this day!  For the derby, the scouts each have a car kit that includes a block of wood and the wheels and axles…the literally carve out their own cars.  They carved, sanded, ground, polished, painted, waxed…and were finally ready. 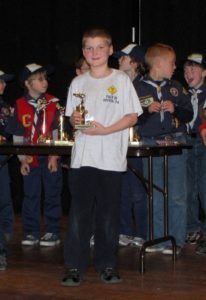 They were sooo nervous and excited this morning, but never fear!  Mickade’s car came in 2nd for his den (so out of about 20 boys)!!!!!!  He won an awesome trophy.

His car then raced in the pack’s finals for bigger trophies, and he was SO CLOSE!!!  4th place!  Overall a very successful and fun day!