“Ugh, who’s car stinks?” I thought as I drove down the road. Nothing worse than getting stuck behind someone with a smoking car, yuck! I pulled into the gas station to fill up, put the pump in my car, and sat back in the driver’s seat to stay warm. That was when I saw it: the smoke was coming from MY car!!

By some magical stroke of luck, a friend pulled into the same gas station (maybe not so crazy considering the size of this town), and helped me determine the problem. I mean let’s face it, I would not have had a clue on my own. I was already entertaining the idea of driving it to a dealership and trading it in rather than incur whatever bill was coming my way! But I really was in luck — it was the Y joint in my heater hose leaking coolant, and it was easy to fix! (Video below)

And just so we are clear, no, I had no idea what that was either, but there’s a good possibility if you’re reading this, that you unfortunately know what that is now too. Not a fun club to be a part of, I know.

If you’ve done any googling, then you know by now that this break is common with this minivan, and sometimes people have to replace this piece more than once (which is ridiculous!) I could not even find a Y piece anywhere locally. The local auto parts stores wanted me to order some huge $100 part that would basically replace the whole entire set of tubes and pieces, AND it wouldn’t be something I could do on my own. I knew there had to be a better way!

And there is. It’s also way cheaper, and will only have your car out of commission for about 30 minutes instead of stuck in a shop for who knows how long! I ordered an easy peasy kit off ebay that came with a metal Y that will last the life of the car instead of the crappy plastic one that cracks, and it had all the pieces I needed to get the job done. I made an instructional video for you too!

Even if you have little to no knowledge about cars, you CAN do this! It takes a little elbow grease and just a few common tools you likely already have. Plus, the confidence and accomplishment you’ll feel when you have fixed your own vehicle is priceless! Let me hear you roar, ladies! 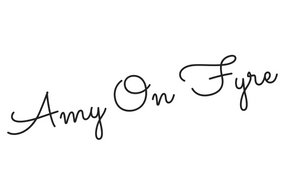